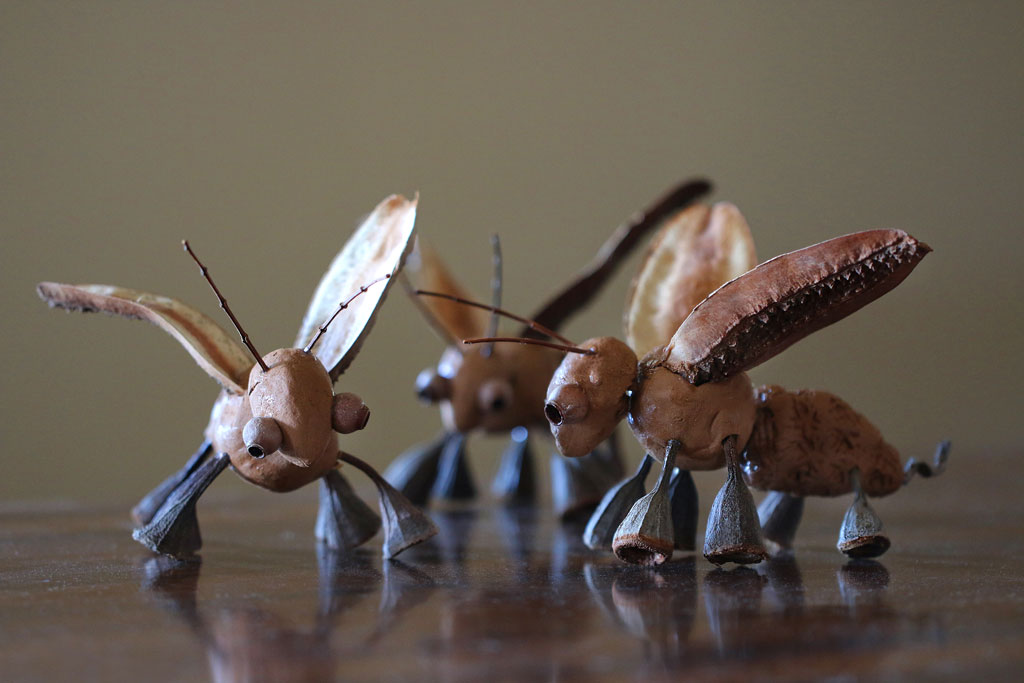 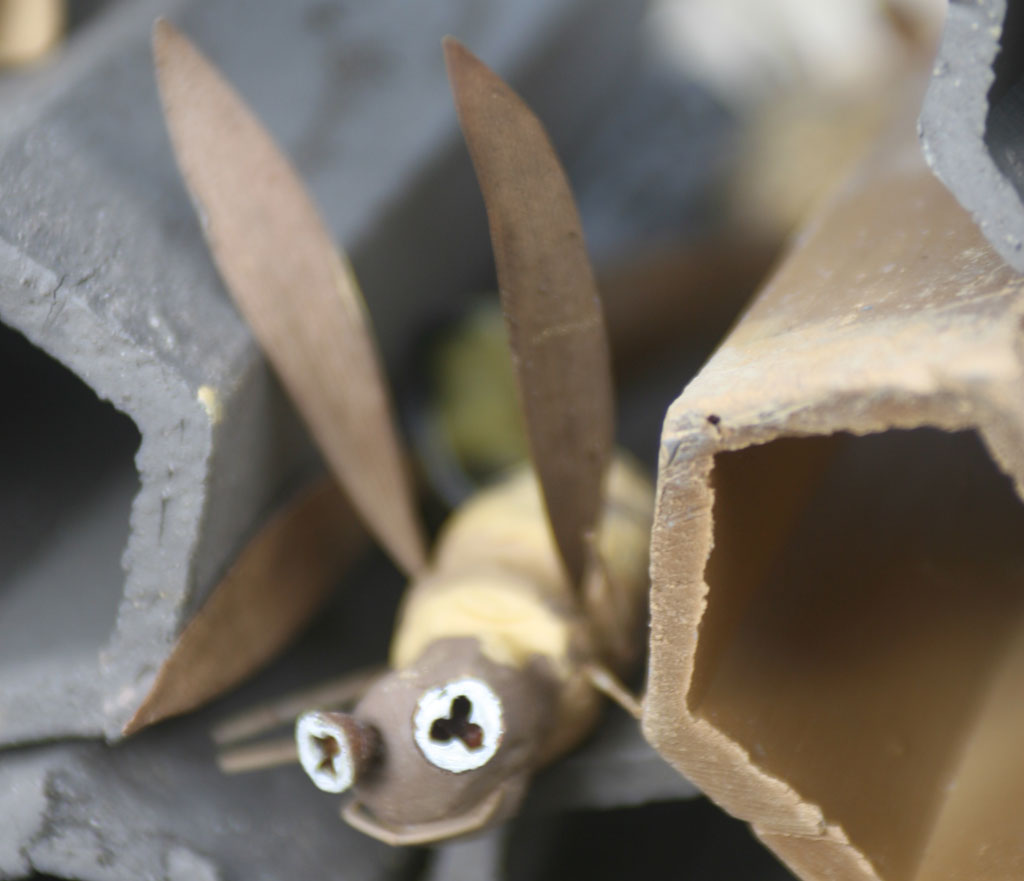 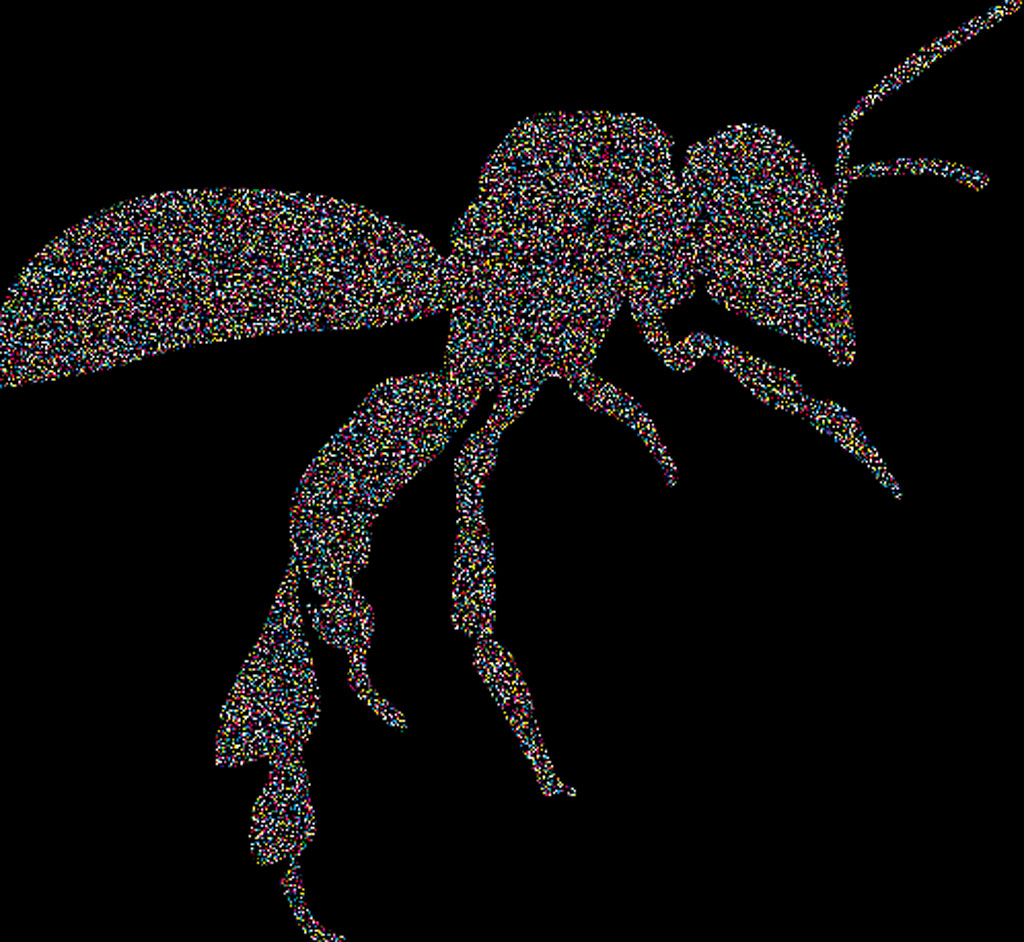 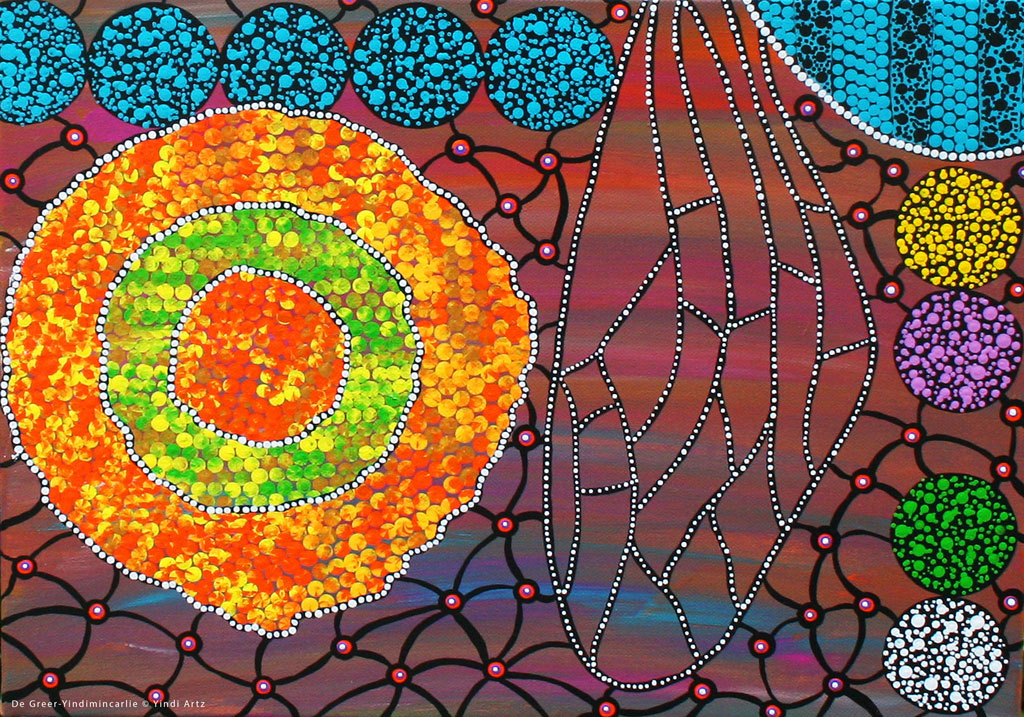 Click on the painting for more info about De. 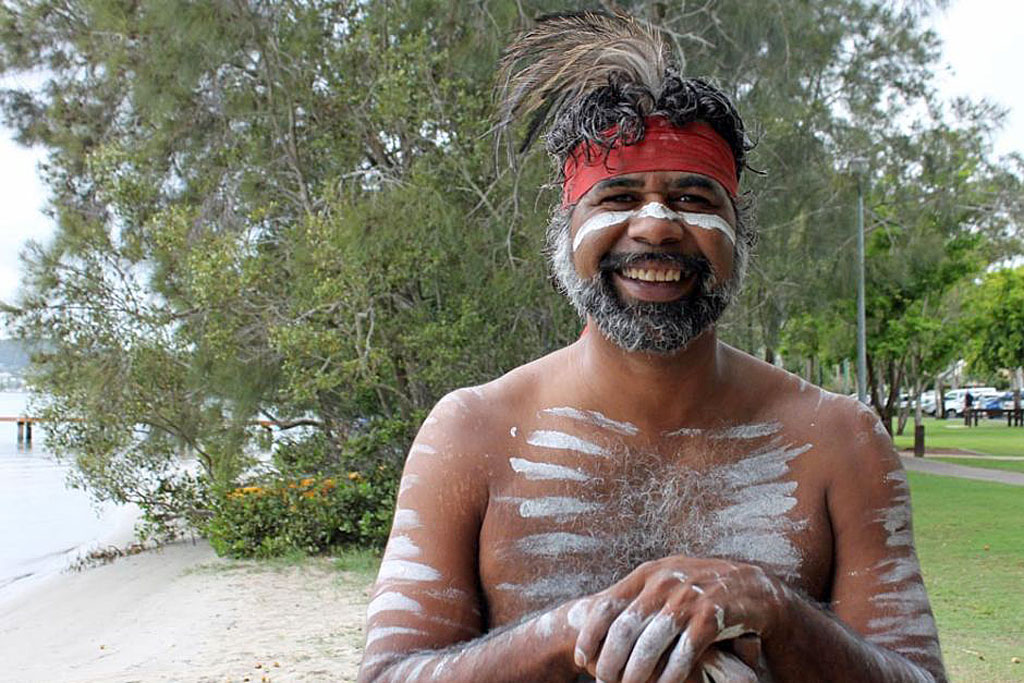 is a local representative of the Gubbi Gubbi people, and delivers cultural awareness to community and schools. 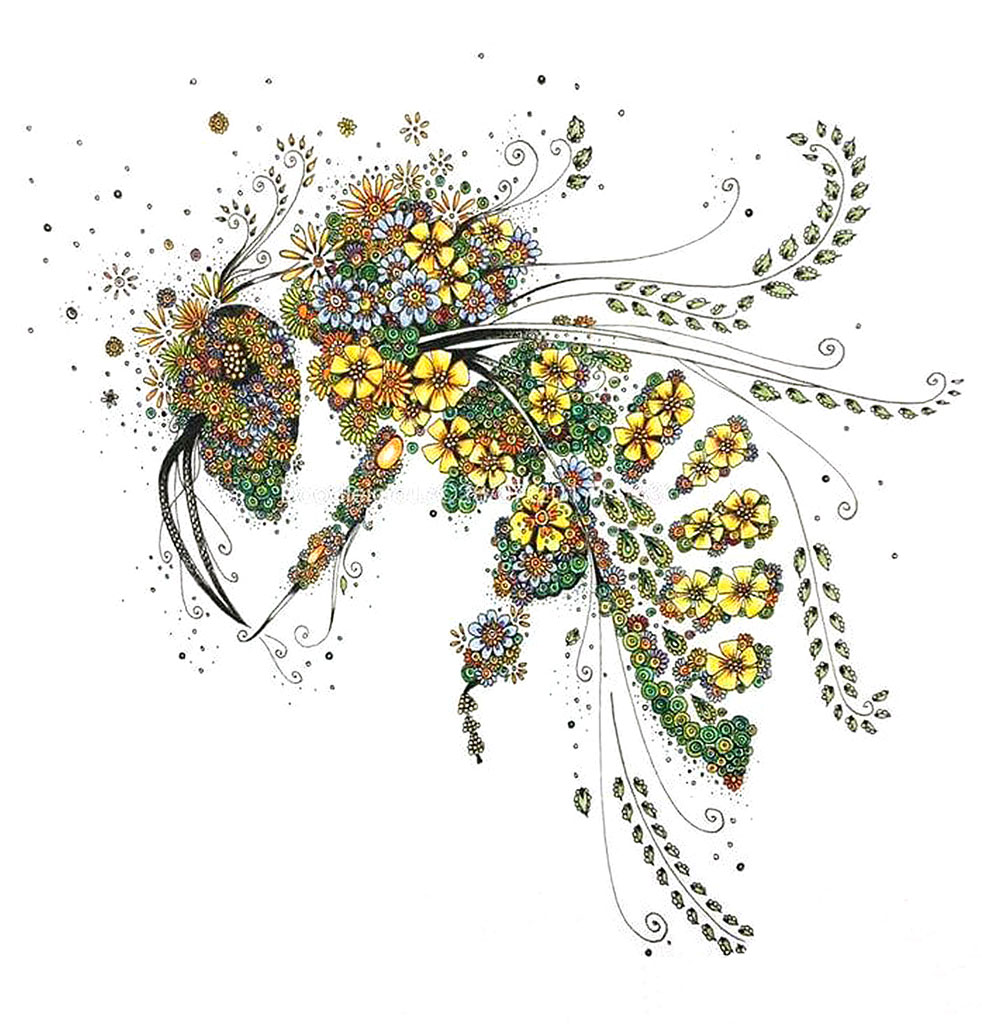 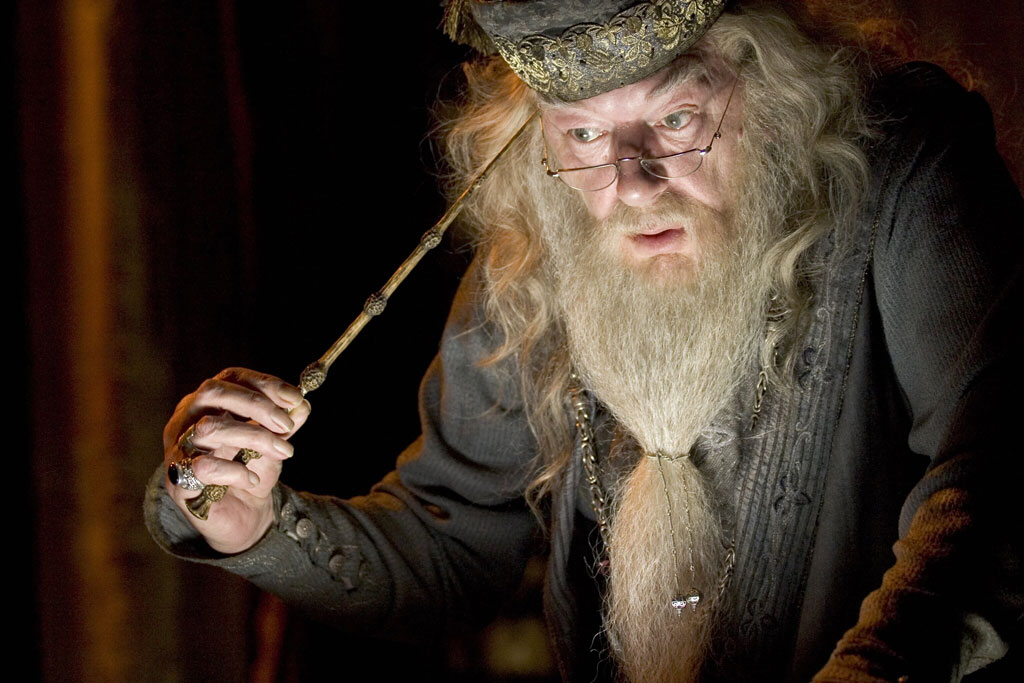 Author J.K. Rowling named Professor Albus Dumbledore for an archaic English word related to bees. She says that when writing, she imagined the headmaster of Hogwarts ‘wandering around the castle humming to himself,’ and so chose to associate his name with bees. 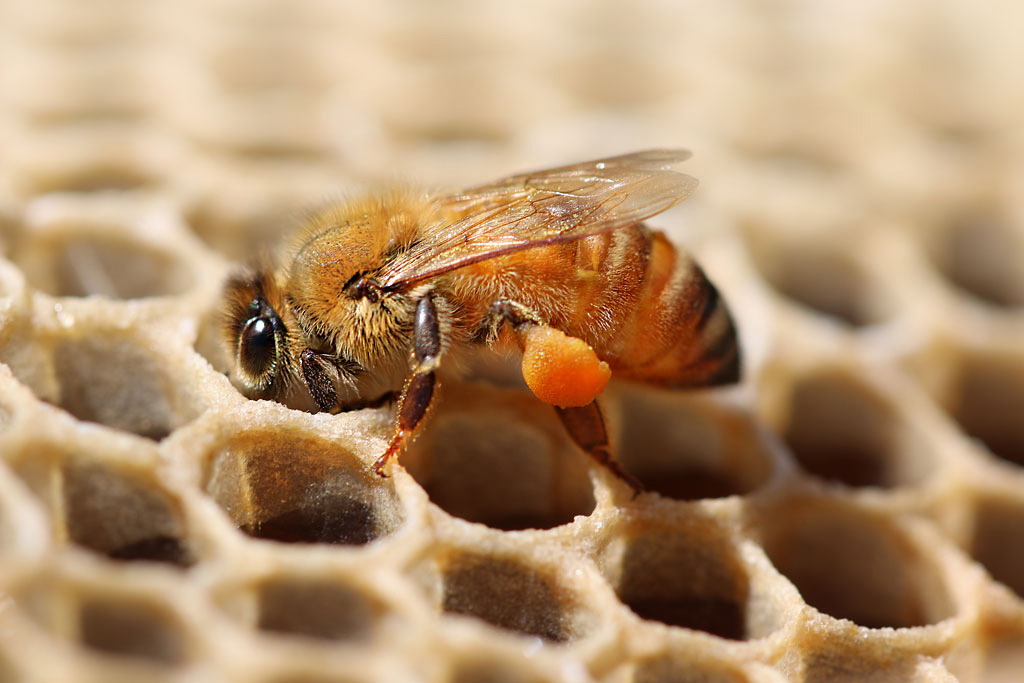 The night is still young and our drinks are yet long,
The fire’s burning bright and here brave is the throng,
So now I will sing you a sooth little song
Of the busy brown bee – with a ding and a dong.
J R R Tolkien 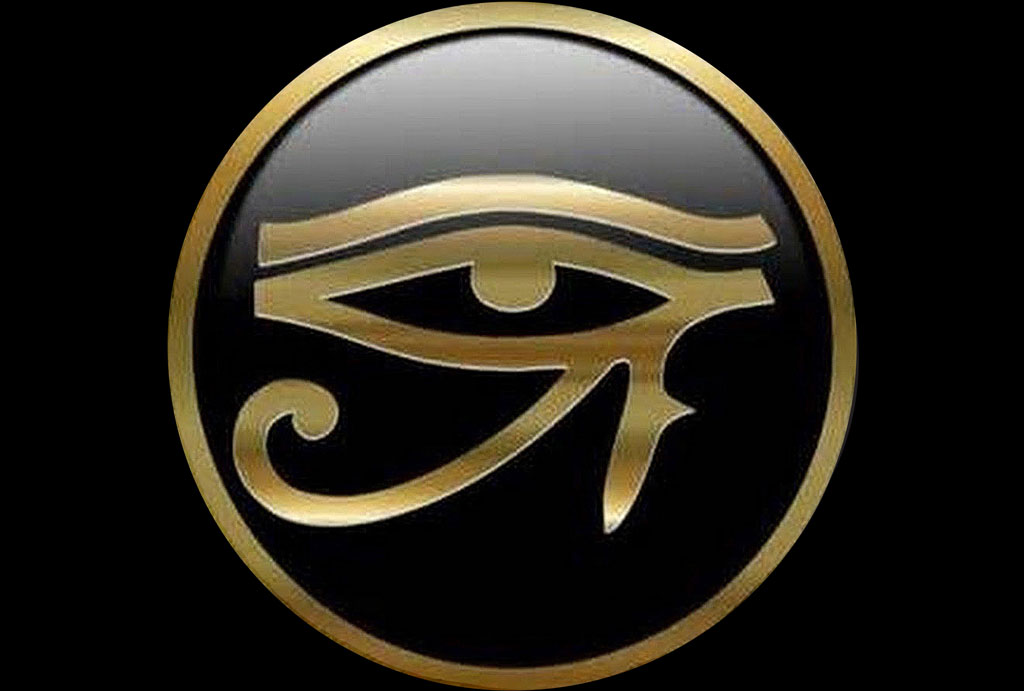 According to ancient Egyptian myth, honey bees were the tears of the sun god Ra. The bee was seen as the messenger of the gods, falling down, like tears, towards the earth (and man) to pass on some secret message. The symbol was called the Udjat in ancient times. It is now more commonly called the Eye of Ra or Eye of Horus and represents the right eye of the Egyptian Falcon God Horus and was also associated with the Sun God Ra. It is supposed to be where the tears (or bees) came from.

Less chance of getting stung?